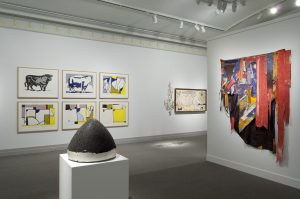 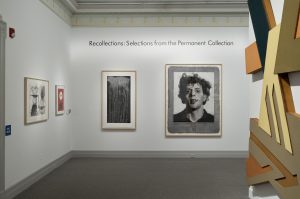 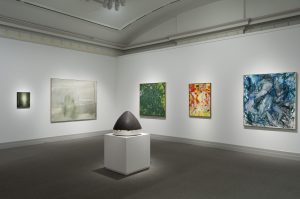 Recollection will feature masterworks from Guild Hall’s Permanent Collection, alongside some of the Museum’s rare and unusual holdings. This exhibition is the first of an annual series that will be drawn from Collection and archives, and coincides with a major digitization project that will enable greater educational access to Guild Hall’s notable holdings.

Eighty-six years after Mrs. Lorenzo E. Woodhouse dedicated Guild Hall as a cultural center for the community in 1931, the Guild Hall Museum has amassed over 2400 works by artists associated with the institution and the region. The Permanent Collection includes paintings, sculpture, prints, watercolors, photographs and drawings dating from the 19th Century to today, by internationally distinguished artists such as Thomas Moran, Childe Hassam, Jackson Pollock, Lee Krasner, Willem de Kooning, Cindy Sherman, Mary Heilmann and Frank Stella, and representative of major art movements from American Impressionism to Contemporary art.